My favorite pictures for this week

I have two. I want to select again Rosemary Leonard and Lion Shahab during their experiment comparing smoking with vaping and I chose the picture taken by Angelica de Vito of her father Juuling instead of smoking Marlboros. 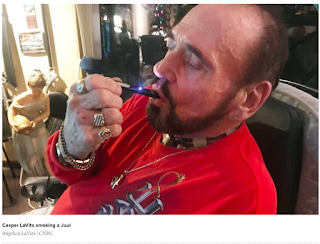 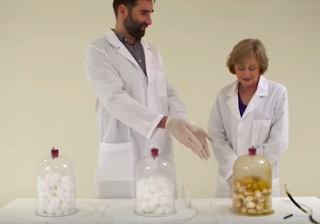 They make me wish two things:
1. I'd like for the 'experiment' video to become available in other languages (than English) and be replicated with advocates from other countries. Any takers?
2. One of the first projects I managed when I got involved in tobacco control was the adaptation in French of the 1976 Death in the West documentary by Martin Smith, narrated by Peter Taylor and released in the US by Stanton Glantz. Seeing Casper de Vito who switched from Marlboro to Juul I wonder about a documentary Hope in the West that would show 4 or 5 people (like the cowboys of Death in the West) who have switched. Their testimonies would be complemented by testimonies of their physicians (like in DW).
Any takers?
Posted by philippeboucher at 7:50 AM